Apologies for the lack of update on my homelab in the past… 2.5 years! There has been a lot that went on to both my homelab as well as my life. For one thing, I moved. I have also added a lot of new equipment and improved my homelab in a lot of ways. In this post I’ll give an overview of the current state of my homelab and briefly talk about some notable changes. 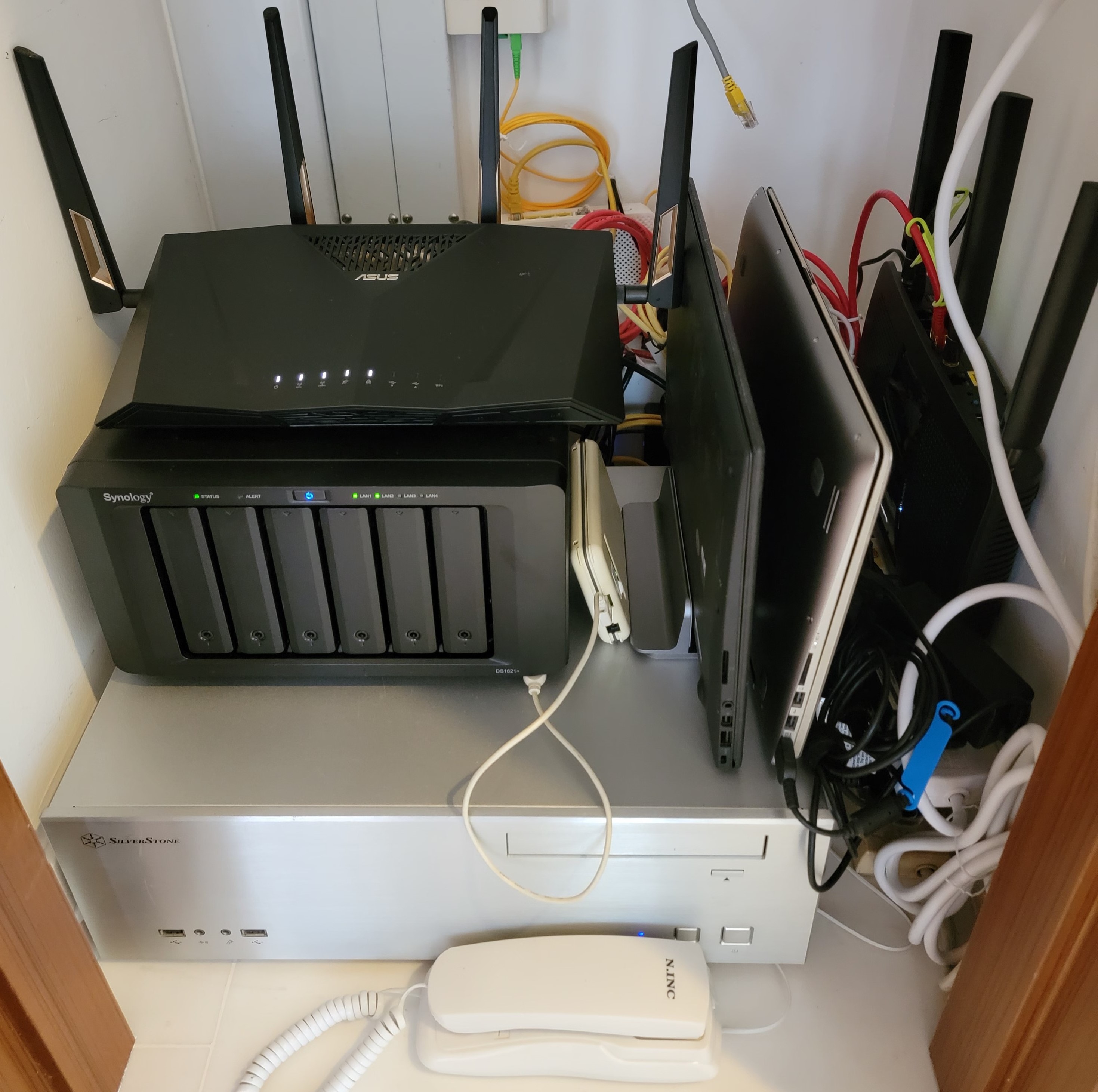 Although I’m still using the same 2 laptops as my computing units, the rest look quite different than in 2020. 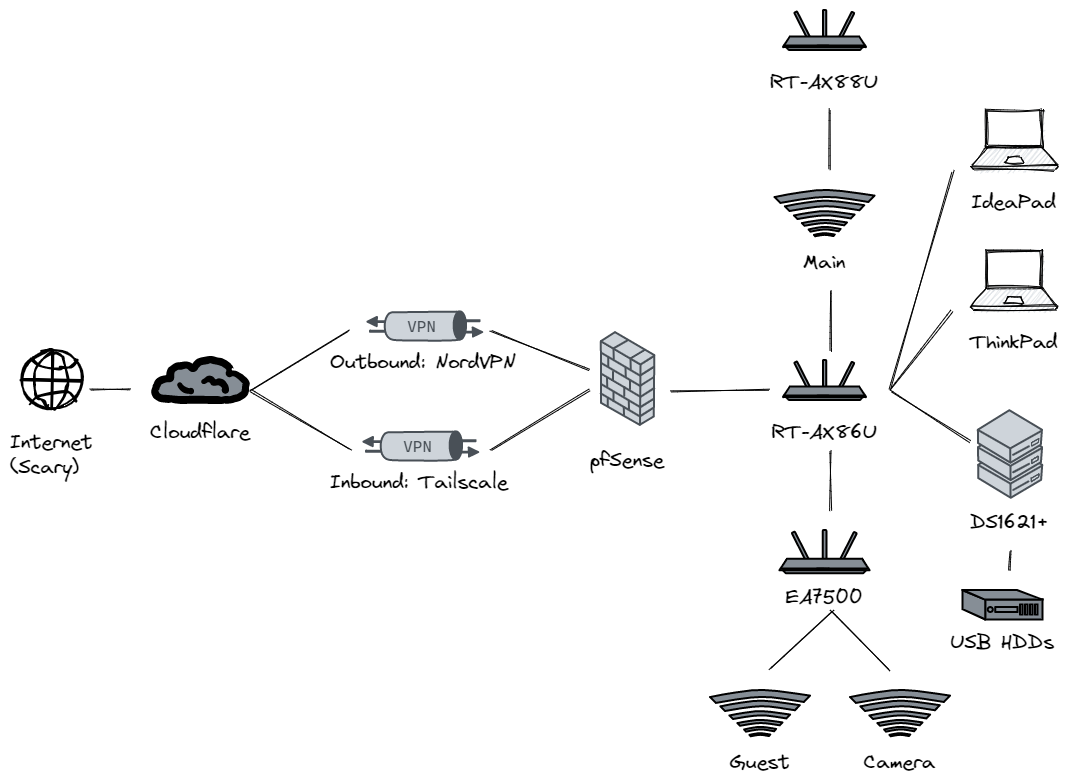 Some major changes in networking and hardware:

Looking at the list of changes above, the last 2 years have definitely been a big leap in my homelab setup. Many major components have received an upgrade of sorts. The great thing about homelab is, I’ve also gained a few upgrades during the process. Troubleshooting networking problems used to take me hours and days, and is the most painful experience that I always dread. Now, I can usually find the problem in tens of minutes, though it still feels painful, just slightly less.

(Title image of this post was generated on Stable Diffusion 2.1 with prompt “home server”)